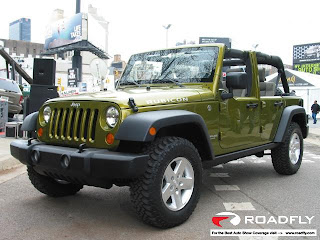 There are two rules with the Wrangler:
If you own a family, you need to give it up man.  Yes, you had a Jeep in high school/college/the military, but now you're older and fatter.  And you can't recapture that youth.  Not by buying a vehicle you once had and putting a car seat in the back.  You are a sellout.  If you want a Jeep, have two cars.  The minivan/station wagon that you need to carry around your snowflake, and the Jeep that gets muddy and has knobby tires.  But stop disgracing a vehicle with a proud long history of utility and power.
Posted by Hero to the Masses at 11:29 PM