We Had to Defrost this Revenge on Setting 2 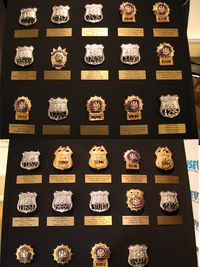 Good Evening.  I'm sitting in my hotel in Burlington, VT listening to Styx streaming on my computer and I have promised to be better at blogging, so I thought I'd knock out a post before I turned in.

As everyone knows, Osama Bin Laden was killed last night.  And I, like many Americans, was happy to hear that he's not on this earth anymore.  I think being a born and raised New Yorker and working for the NYPD on September 11th, his death was extra sweet.  I harbor no illusions that this means we've turned the corner on the war on terror.  I think we are still very much at risk and have spent huge amounts of money on security theater to prevent what really is unpreventable.  We should have been spending more time planning for what happens after something does happen, but that's not as sexy as toys.  I mean, look at this thing.  It's called a Bear.  It's fricken cool looking.  Who wouldn't want that over a paper plan?  I get it. 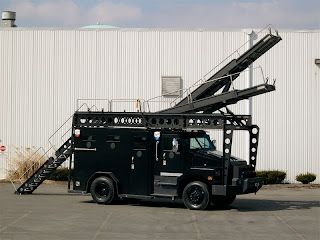 So I am glad he is dead.  It was odd how many students gathered in front of the White House last night to chant U-S-A.  Given that they were probably 8 when the Towers fell, it's been most of their lives that we've been looking for this guy.  So maybe this feels to them like how it felt for me when the Berlin Wall fell.  But even I understood in 89 (I was 13) that this was a game changer and things like communism don't end every day.

I lost some colleagues in the Towers.  None from my precinct, thank God, but a couple of guys from ESU Truck 2, which was located about 6 blocks from us.  So I used to see them around for jobs a fair amount.  I have however lost 2 men I worked closely with in the almost 10 years following the attack due to illnesses sustained while down there.  There were 23 MOS (Members of the Service) from the NYPD killed on 9/11/01.  There have been 29 killed since due to illness or disease.  Their badges are displayed at the top of the post.  Breathing the air we all breathed down there.  And the Republicans didn't want to fund the health fund.  And now, they have to make sure that you're not on the terrorist watch list before they give you benefits?  Seriously?   I get madder than Anthony Weiner about this stuff.  I personally think that only members of the NY/NJ/CT delegations should be able to vote on any 9/11 related bills.  What does Cliff Stearns know about what those men and women did?  Nada.