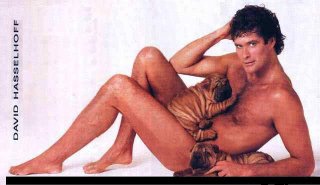 Please keep David in your thoughts and prayers.

1. What kind of super shaving does he do?

Guess where the hell I am!

So as I type this blog entry, I am rolling down the MassPike on a bus. No, Fung Wah has not gotten hi-tech. This is the Limoliner. A rolling luxury coach with about 30 seats. It's got streaming broadband and big leather seats. I'm about to get served my drink by the attendant. And the bathroom is huge and has fresh cut flowers. I can still do work while I'm on this thing, and 4th of July traffic doesn't really bother me at all.

Now it is $79 each way, which is steep. I would have flown had JetBlue had some better fares. And the train was more than this, at about the same speed without the amenities. I'm probably breaking even over driving, with gas, tolls, wear and tear and snacks along the way. I decided that I plan to ride the bus in style. This is how I roll.

Besides, I wouldn't have the chance to post to a blog that no one reads. I recommend it, even just once. It only goes between Boston and New York, and I'm not sure if they have expansion plans.
Posted by Hero to the Masses at 1:39 PM 4 comments:

So earlier this week I had read about a massage school that gives massages on the cheap. And feeling rather stressed at work, I called and got an appointment for tonight. So I go to this place, which is on the second floor of this strip mall near my house. Past the Weight Watchers meeting, where I overheard the lady telling my chubby brethren that they can go for a kayak ride on the Charles, and straight to the Massage Institute of New England (MINE). I was told I was going to see what sounded like "Magoo" which conjured up images of an exotic woman with her hands on my body.

So it was Matthew. Yeah. I was a little skeeved out about having this guys hands on me. I felt especially weird when he asked why I came in today, and I didn't have any technical reason. "I like massages" sounds cool with a woman, but a little shaky with old Matthew. So I could have fought the whole thing and not relaxed, or I could spend my 50 buck and enjoy it. And Matthew laid his heeling hands on me and life was good.

The oil on the chest was the oddest part, but I got over it. I strongly urge those in Boston to click on that link and make an appointment. With Matthew, or anyone. And to those outside the Hub, just look for Massage Schools as they generally have great rates to teach the students.
One final funny thing....MINE only takes cash after 5PM. So in my Outlook Calendar at work I wrote:

There's probably a less sketchy way to convey that. One without a Happy Ending.
Posted by Hero to the Masses at 9:18 PM 1 comment:

Why the T sucks

So I am riding the T back from a Sox game tonight, they won, and it struck me how much they really suck. I have only really experienced one other mass transit system in detail, New York City's and it is far superior. Now before you start moaning and crying, I'm not even going to discuss that one is 24 hours (NYC) and one stops at 12:30 (Boston.)
Okay, rant's over. Return to your sub-par mass transit system.
Posted by Hero to the Masses at 10:22 PM 2 comments:

So this weekend I went out on a quick trip to the San Francisco to visit my friends Montu and Casey. It was a great trip, though far too short. I came back this morning on the red-eye. I flew Jet Blue on their Airbus A320, in the back of the plane which has more room. They have a promotion with Bliss Spa, so I got earplugs and an eye mask.

But you can't deny that the red-eye is no fun. I got 4 hours sleep, tops. And I left work early, because I was incoherent. Not recommended. Berkley however is very recommended. As is the best burger chain in the nation.
Posted by Hero to the Masses at 10:20 PM 1 comment:

Why Graham hates the media

I've never really liked the media. I hate the fake voice the TV reporters use. I hate the fact that no one ever gets the story right, and I hate the sneaky ways they work.

I was teaching a class on hurricane preparedness on the Cape last week. So there was a reporter there who wanted some comments, so I gave him some good, appropriate lines to put in his daily rag. So this guy sits in my class, and unbeknownst to me, writes down what I say. Now, when I teach a class, I use sarcasm, hyperbole, and a lot of humor. Most of this doesn't come out in print.

So here is Graham in the press. Try to guess what lines I knew were going to be in the paper, and which ones I had no clue he was going to put in there. The Director of my agency thank God has a sense of humor about the whole situation.

I would like to take one small second of your time to point out another fallacy on movies and television. Almost every single male cop has a messy place, in an incredible apartment with an awesome view of the city they protect. And plenty of beer in the fridge. (That last one is true.)

They never show the handsome cop living at home, or in basement apartment 12 miles outside of the city. Cops can't afford views. I wish I was a TV cop.

I saw this again watching the movie Ice. Hard to call it a movie really. It is very, very bad. And I love it very, very much.
Posted by Hero to the Masses at 1:33 PM 4 comments:

So today I made it to the gym. I go near work, otherwise I'll never go. So I went and it was packed. I did weights today. Perhaps tomorrow I'll do cardio. However I have better chances of winning the lottery than going to the gym two days in a row.

So I'm lifting weights and doing curls and I realize that I'm not doing a lot of weight. There are many women that are probably doing my weight. And not women like this freak on the right....small women who look like they just graduated high school. So I've started to pretend that I'm doing physical therapy, which is why I'm not using that much weight. I just need a shirt or something that says, "I had a horrible industrial accident and all I got was this stupid T-shirt. "

Or maybe after each rep....I keep muttering, "As soon as I get stronger....I'm going to shoot that guy back."
Posted by Hero to the Masses at 8:06 PM 2 comments:

So, Massachusetts is expecting a few more inches of rain and the decision was made to activate our State Emergency Operations Center. This is the building I work in.

It's 40 feet underground, with no windows and two large blast doors on either side. There is a 2-person morgue, and the buildings rests on springs in case of earthquake or nuclear detonation. I'd like to tell you that it's in a secret location, known only to me and the Governor. However someone spelled out the agency's name in shrubbery a long time ago, thus ending a lot of the mystique.

So I'm here until 8AM. Just me and this really nice guy Peter, who's our Public Information Officer. I just wolfed down some Taco Bell, so I'm ready for any emergency they can throw at me.