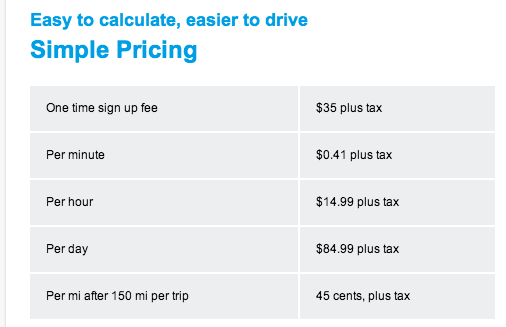 Posted by Hero to the Masses at 2:31 PM No comments:

There exists in the gym a thing that lurks silently and unassumingly in a corner.  Probably near the water fountain or some exercise mats.  Not the dumbbells or free weights or the Cybex machines with the straps that are across between some sexual training device and a medieval torture machine.  No friends, I am speaking of the medicine ball.

Yes, this small ball filled with some sort of granular pain.  It mocks you with small numbers like 8 or 12.  Who can't lift 12 pounds?  I found out after multiple reps that I am the guy that can't lift 12 pounds. I had my second personal training session this morning at 7AM.  It went well.  If well means rivers of sweat and gasping.

I realized while I was seated and tossing this medicine ball to the trainer with my skinny arms, and almost hitting some poor bastard doing chest presses in the head, that I need a back story.  I need a helmet.  See, the only way that this level of weakness is alright is if it follows some sort of tragic accident.  Or maybe I was teaching kids to read in sub-saharan Africa and caught Dutch Elm Disease or something.

Because when I'm dripping all over the ground and struggling with my pastel colored medicine ball, I can't be like "This is all me, baby!  Netflix and bourbon for the win!!!"
Posted by Hero to the Masses at 3:29 PM No comments:

So I learned today at my Wellness consult that I have joined the ranks of 35.7% of Americans who are obese.  This is not shocking.  I knew when I held that not-X-Box controller thing that beeped in judgement that the numbers wouldn't be good news.  To quote one of the finest thinkers of our time, these hips don't lie.

Also, the scale at the gym is different than the one at home, and I'm fatter by 3 pounds.  But I'm taking a whole Biggest Loser approach to this whole thing.  The bigger I am the easier the weight comes off.  Finished the consult and then I was in the gym alone, and it struck me.  My hatred of gyms.  Take large amounts of people working out and add low self-esteem, and no idea how to use machines, and simmer until nervous gas.  Now I'm a bright fella.  I realize that most of these people working out joined this gym about 6 days ago and at least one of them is sitting on the machine backwards and is very close to putting an eye out.  But that objective reality doesn't mesh with the fake reality that I create in my mind.

See, I don't like exercise.  It comes from a long history of loathing organized sports, brought on by attending a private grade school that put an emphasis on sports and academics.  I was good at neither.  With competitive sports mandatory, I simply would set the bar incredibly low and seek to trip over it.  The only varsity letter I received in my collegiate career was in gymnastics, because you compete against yourself, and it wasn't physically possible that I could be worse than my first day on the rings.  Thankfully, there were no cell phone cameras back in 1991, otherwise you would be able to see my floor routine which consisted entirely of forward rolls and skipping.

The issue I have is that I generally haven't given exercise enough time to show results and then make me feel like its worth it.  I don't get a runner's high.  I'm often yawning while working out which probably isn't a good thing.  I have my first training session tonight at 7:30 and I'm going to see the guy weekly and then go at least twice more per week on my own.  That should help me get past the sense of uselessness I feel at the gym.

I'll let you know how it all goes.  Stay tuned, sports fans.
Posted by Hero to the Masses at 2:32 PM No comments:

Either I have been too busy toning my physique to blog or the Year of Fitness has gotten off to a slow start.  Tens of readers, it was the latter.  I cannot lie to you.  Between the holidays and my birthday and my general dislike of exercise I have gotten off to a poor start.

But today, January 5th, I went to the Y.  I spent 30 minutes on the eliptical and apparently burned 450 calories.  I don't believe that stat.  One, because how the hell does this machine which is showing my Maury (He's not the father, by the way) know how many units of heat I'm burning.  Secondly, its depressing knowing that 30 minutes of work was two bites of pizza.

So I planned to do a before photo.  You know the kind with the fat rolls and the frowns.  That will happen, but not right away.  I'm looking to get an Italian hero in the photo to highlight the gluttony. I've got a wellness consultation with the Y tomorrow.  I'm expecting to hear from them that I'm not very well.

In addition to my gym exploration today, I also had the chance to dine with Allyson and my friend Caitlin, up from Boston.  I met Caitlin years ago at a college fair where we volunteered for our alma mater.   We kept in touch since and I always give when she runs Boston for Team in Training. She's done 9 of them so far.  Anyway, she's awesome and it was great hanging out tonight for a bit.  If peeps want to help her out by giving to TNT, you can give here.

I will report back about the wellness consultation tomorrow.
Posted by Hero to the Masses at 9:33 PM No comments: