The same and yet not

I returned to my alma mater, Vassar College, this past Friday to see my freshman year roommate speak on a career panel.  It also provided an opportunity to show Allyson where I went to college.  I went to my 5-year reunion and then skipped the 10 year.  So this was my first time back in a while. There are a few things that had changed at my fair school.
But the thing that struck me most about being back was how connected I felt to the campus and how disconnected I felt from the students.  They looked and seemed so young.  It really was like entering a bubble. A beautiful and expensive bubble, but a bubble nonetheless.

In 1997, Notorious BIG released a rap song called "Mo Money, Mo Problems." That fine work can be viewed here.  (And I don't know if you get the Pooh ad in the beginning, but I think it's awesome)

So I'm not sure what Biggie really knows what he's talking about.  It's like when parents tell the kids that they'd love to go to school if the kids would go to work.  School is much harder than work.  No one pushes you into a locker at work, and no one assigns me homework that has no point.

I thought of this as my debit card was declined tonight.  Note: If my parents are reading this blog, please do not call me or send me a check.  I make good money.  $85,000 a year.  And what I do isn't really work, like roofing in the summer or being a septic tank cleaner.  So where the crap does it all go. Let's see....
And that's basically all my big bills, which total up to.......$2035 a month.  This essentially leaves me with a whole paycheck to spend on food, alcohol, anything really.  Yet the only way I save money is through payroll deduction to my 401K or by direct deposit to my ING Direct account.  Are there things in the above list that could be knocked off the list.  I could get a worse cable package, and I could cancel my gym membership and I could get a cheaper phone plan. But most of it is stuff that's mandatory or is stuff that keeps me sane.

And while I could get paid more to alleviate some of this, I have no doubt that I would simply adjust my standard of living to meet my new income level.  It happens insidiously.  I was talking with a good friend about how she lived in Boston for $30,000 when she first moved.  She did admit she ate only oatmeal for the whole summer.  But the idea of eating ramen noodles seems kind of nuts when my salary puts me in the 74th percent of wealth in this country.

I think about how lucky I am to have what I do, from my family and friends, to my girlfriend, to my worldly possessions.  And I think if I''m bouncing checks at a bar, how hard up must people be who are really hurting.  It puts it all in perspective.  But it still doesn't change the fact that I've got 9 days until payday.  Good thing I can eat fluffernutters all the time.

Anybody else amazed at how little you save or is it just me?
Posted by Hero to the Masses at 11:53 PM 4 comments:

I was told last week that my cousin Susan's husband died of a massive heart attack.  They lived in Appleton, Wisconsin and had three children.  He was 44 and a really terrific guy.  So I flew into Milwaukee, met my brother who lived there and drove up.  My other brother flew in from Columbus, Ohio.  People were grateful we came, but it didn't really occur to me not to go.  Maybe it was because he was so young, or that it was all so sudden, but I just felt I should be there.

The service was done at the funeral home.  Paul was cremated and his ashes were placed in a box that his children helped make and decorate.  It had their three handprints on it and "We love you Daddy" written on it.  That was hard.  But not as hard as seeing the kids have to be taken out halfway through the service with tears in their eyes.

Wisconsin is a pretty Catholic state I realized.  The signs that all said "Friday Fish Fry" outside the bars were a good hint.  The memorial ceremony was a Catholic one, but without communion.  I have been to a bunch of Catholic funerals as a police officer, so I knew the drill.  I even took communion at them, so I didn't stick out.  It turns out I'm apparently going to burn in eternal hell for that.

And as I sat and listened to the priest deliver the homily and sing the psalms, I had a thought.  I don't like Catholic ceremonies.  In fairness, I was baptised  Protestant (I think) and grew up going to Unitarian Sunday School, so I guess that's the religion that I identify with most.  The only time I usually go to church is around Christmas to the one near my parent's place because they have live animals in the pagent.

But unsurprisingly I suppose, Catholic funerals are all about God.  God didn't make this happen, but don't worry because the deceased is with God now.  God is love and all you need to do is look to God to feel better and be made whole.  The grieving family is told that they should look to friends for comfort, but really the Holy Trinity are the ones who will bring you the most comfort.

I call bullshit.  Sure, many may turn to God and say that it's his will.  Or that now they get to hang out with their parents or kids or whatever.  But I think that's all just a way of putting your happiness and thoughts in someone else's hands.  Very religious.  Don't worry about anything.  It's all God's plan.  So just relax and be a good person, and Heaven is going to be awesome.  Here's what I would have said at the front of that room:

"Paul left us far too soon.  And it hurts.  And it's not fair.  And there is no way to spin this so it makes sense or makes the pain go away.  But that pain isn't a bad thing.  It's Paul.  It's his memory.  It's our sadness at losing an amazing person.  So we mourn and we cry and we ache.  And we live with that for awhile.  And then time passes and the brain moves to other things, because it needs to protect us from hurting so much.  And yet, as it does that, we catch ourself feeling guilty that we're not thinking of the person or not feeling those "carpe diem" moments like we did right after their death.

So how do we reconcile our sadness and our inevitable moving on.  We honor that person.  I think everyone that has kids should teach them something that exemplifies Paul.  And let them know where it came from. Change your behavior or influence others so that the person lives on in you.  Then you don't have to worry about not thinking about them, because there's a piece of them in you at all times."

I had a friend from college, Erin Schlather, die at 26.  And one of the things I loved about Erin was how she could listen to you and make you feel like you were the only one in the room, no matter how loud it was or how many people were around.  She would lock eyes and just listen, not hear, but listen to you.  And I have tried to copy that as best I can when I listen to people.  I'll never lose Erin.  She's a part of me.

Goodbye Paul.  I'll carry you with me too.  Thanks for giving yourself to me. 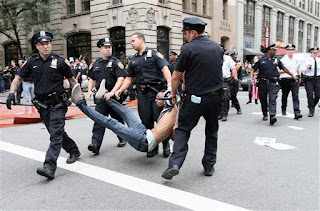