So I have taken classes at several institutions of higher learning. Vassar College. The New York City Police Academy. Suffolk University. Yesterday was my final class in my final semester at Suffolk. This means that I will be receiving my Masters in Public Administration. The diploma I assume comes at the end of the summer. I will use it to stuff my shoes with to stay warm as I will be reduced to homeless levels of poverty to pay off a degree. A degree which might I add increases my earning potential by around $.45, unlike my doctor and lawyer friends.

And then today my brother Broxton had to show me up by completing his Doctorate defense which means he is a PhD in Geology. God bless us. And God help all those defenseless lake bottoms.
Posted by Hero to the Masses at 10:44 PM 4 comments:

Guess what crap I don't own

So my roommate of 4 years moved out and I found out I was missing some stuff. So tonight I went to target and bought some replacement gear. It includes:
I figured that I would never have more than 1 plate and bowl in action at any given time. I also have paper plates galore, which will suffice if others decide to grace my house with their presence. I also relearned how terrible I am at ironing tonight.
Posted by Hero to the Masses at 9:59 PM 3 comments:

So I was down in New York for a short visit last night and today. For those who are unaware, today is Bunker Hill Day which is a state holiday in MA. Trivia question: Where was the Battle of Bunker Hill fought?

So while in New York, I had some thoughts...

I had a long day that had me wanting to scream into my trashcan. But then I found this photo taken by Mike Clarke/Agence France-Presse. It made me instantly happy. 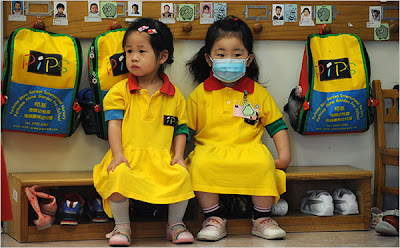 Stop right now and I'll make the sun come back

So this weekend was my 10th college reunion. However I was not in attendance, as I had a test to take. I also was unsure how I was going to be surrounded by so many babies. I took the Foreign Service Officer Test, which is basically the test that is administered to enter the Foreign Service of the State Department. Some have said it's the hardest test ever.

While it was difficult, the test has changed in the last 2 years. It now has 4 different sections. There is a general knowledge section, which is like a written Jeopardy game. Then there is a personal section that asks if you have certain traits and examples of those traits. Then followed by an English grammar and style section, and finally 30 minutes to write an essay.

What I was able to gleam from this 2.5 hour ordeal is that they really want to know how you work under pressure and that the State Department hates the comma second only to Osama Bin Laden. Oh, and thanks to my friend Chuck for telling me to bring #2 pencils which I tore my apartment apart looking for. The test is now given on computer.

I'll find out how I did in 3-4 weeks. Most people have to take it multiple times.According to the bastion of truth Wikipedia of 20,000 annual written test takers, only about 400 make it into the service. Stay tuned. In contrast, it was nothing like the test pictured here, though this is one of my favorite movie scenes.

So my roommate of 4 years moved out to live with his fiancee, and soon wife. My next roommate is coming next week, but the arrangement I have worked out only has him here once every two weeks or so. He's actually going to be living on the West Coast, but his office is here so he needs to come back every so often. He's a good guy who I met in college.

But when the roommate moves out, I needed to do a couple things. The first is the use the bathroom without closing the door. And then there's the walk around naked, just cause. However there are down sides to the roommate leaving. It seems I didn't own any bowls or plates in the domestic partnership, but I did apparently have the monopoly on pint glasses. Not sure what this says about me.