Anyway, it reminded me of college where on Sundays, we would go get brunch and all gather around the tables and someone would buy the Times (or more likely you'd find spare copies left) and we'd read and pass sections around.  They even had a guy playing on the piano.  Looking back on it, I'm reminded once again of how awesome college was.  I wonder if in the future the kids will all have their heads buried in their tablets, which is slightly depressing.  But maybe it's not.

Sunday is the day of rest and I think its probably the only day that everyone, religious or not, listens to God.  It literally is a day where they shifted a whole meal period at least 4 hours later and added alcohol.  As an aside, I hate brunch.  I find it annoyingly filled with lots of people who have brown flip-flops on their feet and sunglasses on the back of their head.  Besides, I like eating breakfast at a diner stool for about $6.  The idea that people regularly pay three times that for basically the same food seems ridiculous.
Posted by Hero to the Masses at 11:48 AM 2 comments:

I have now realized why a red-eye is a red-eye.  I slept probably for around 3 hours or so on the flight from San Francisco to Charlotte.  I'm going to be totally useless today.  Which is unfortunate as I have a training to give in 5 hours.
Posted by Hero to the Masses at 8:11 AM No comments: 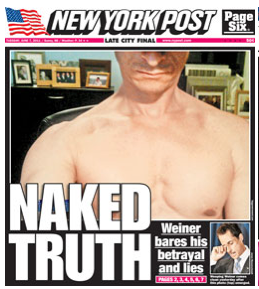 The fact is that therapy takes real work and dedication.  When celebrities or politicians get caught doing something untoward and then enter treatment, it tells people that you don't have to work on the problem before it explodes.  Which, to use a term not in the DSM-IV, is bullshit.
Posted by Hero to the Masses at 5:17 PM 3 comments: