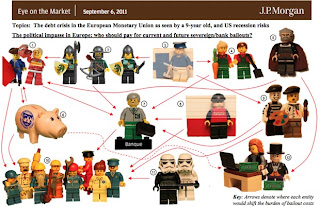 I'd apologize for not blogging more.  But I'm not really sorry.  Very rarely while walking around, or being out at dinner, or cuddling in bed, did the words "I really should blog now" come out of my mouth.  Alas, I thought I would write on our final day in the Pest.  Technically I can say this, as we are on the Pest side.  Tomorrow morning, Lufthansa takes us back to the Motherland at 6AM, before we get on a flight operated by Continited for the final leg home.

The last few days have seen bathing in the public baths, which really are quite awesome.  Then we saw where they put all the communist statues after the communists were kicked out and then we saw the HQ of the Secret Police (both Nazi and Communist) Chuck, I did buy you something and it's on the way shortly.

Today we're going to check out Parliament and the Great Synagogue, second only in size to my personal favorite and site of many barmitzvahs, Temple Emanu-el in NYC.  First though, to get some breakfast and a cappucino.

Coolest thing:  A good friend of Ross's has a vineyard here and he had two bottles of wine dropped off at the hotel.  So that's awesome.  Sauska Vineyards.  Funniest part was the guy called from downstairs and Allyson picked up the phone after 11 (We were watching Sons of Anarchy) and he kept saying in a whisper voice "I have your package." She thought it was a pervert.  Thanks Christian!
Posted by Hero to the Masses at 5:03 AM 1 comment:

So we're on our third night in Budapest.  Our hotel is on the Pest side of the Danube.  They just opened up their Christmas market right behind the hotel, which is really nice.  I remember a similar one in Prague.  Mulled wine always is a great treat.  Tomorrow I'm going for a run along the Danube.  Partly because I haven't run at all this week, but mostly so I can use the phrase "when I ran along the Danube" in conversation.

Interesting things about Hungary:
Tomorrow is a tour of Memento Park to check out communist statues, and then a dip in the famous public baths.  Oh, and tonight we went to a great place called the For Sale Bar where thousands of people have left business cards.  I didn't have any of mine.  But I added our names to my friend Chuck's.  So if you see a Booz Allen card with the word "Blumpkins" written on it, that was me.
Posted by Hero to the Masses at 5:07 PM 4 comments:

So currently sitting in the Munich Airport at the Lufthansa Senator Lounge, which is their lounge.  Allow me to geek out here for a second and say that international lounges are far superior to those in the United States.  Most everything is self-service, which means you get treated like an adult.  And they have real food.  The snacks at US Air's Clubs make me feel like lining up for feed time to get some Sun Chips.  Star Alliance Gold status is awesome when traveling internationally.

Allyson and I are on the way to Budapest.  Lots of people ask why Budapest.  And quite simply, the dates worked and the airfare worked.  I used Starwood points for the hotel, which is supposed to be pretty swanky.  We're waiting for our connection to Budapest which isn't for about 2 hours.  And we already took showers.  Because we're ballers.  Nothing makes you feel more refreshed than a shower when you land.  God bless excess.

More from Hungary soon.
Posted by Hero to the Masses at 3:14 AM No comments:

As I sit in the US Air Club in the Philadelphia Airport, waiting for my tin can to leave for DCA, I had some thoughts.  Not that anyone hopefully is home and reading this at 8PM.