In keeping with the randomness of my posts, I wanted to share my activities last night at a place that I see as a game changer.  Living Social threw a wine tasting event with free cheese and meats from Cowgirl Creamery, which is where white people spend a lot of money on cheese in DC. However, the thing that made this different is that Living Social threw the event in their own space.

They recently gutted and renovated a building at 918 F St. NW in the District.  The bottom 4 floors and the basement are for programming, while the top two floors are for staff offices.  LS is headquartered in DC, which I didn't know.  So last night, while we were drinking wine, there was a beer tasting going on and a painting and wine class and they also have a pop-up restaurant of Mike Isabella, who is expanding his Graffiato empire in DC.  The point being that there's a lot of options for them with all the space and configurations.  This to me is the next step.

Instead of the deals at the manicure place or the restaurant places which have mixed reviews by their owners on how effective they are, LivingSocial can program it's own events using outside people but not having to worry about poor tippers or overwhelming small businesses.  As LivingSocial expands their Adventures line, I think people will feel a lot closer to them as opposed to just a place that allows them to eat cheaper.  It helps their brand.

Not to mention that Google Offers has a better system for figuring out what deals I want.  They even asked me to tell them what I was interested in, which means I don't get offers for pedicures  anymore, which is great.  I think they will eventually own that deal space.  Groupon is old news and I think they made a big mistake by not taking Google's insane $6 billion dollar offer.  If that doesn't define greedy, I'm not sure what does.  I hope that Google crushes them.

Hot Tip: Ramblings has learned that Google Offers has inked an exclusive deal with Major League Baseball for 500,000 tickets for next season.  They will be the only place you can get tickets to games.  Not LS, Groupon, Goldstar, etc.

Overall I like the step that LivingSocial took, I look forward to more events there and I would be even willing to part with more money on occasion for more intimate or interesting experiences there.
Posted by Hero to the Masses at 12:43 PM 2 comments:

Most of you don't know who Matthew Schindler was.  He was a NYPD cop who worked highway safety in the 115 Precinct in Queens North.  He had 14 years on the job with 6 to go.  He had a wife and three kids.  And on Monday, February 13th, on his way home to Long Island from his day tour, he pulled his car over to the side of the LIE and shot himself in the head, dying instantly.  He is the fourth NYPD officer to kill himself in the last 30 days.  Let me restate that another way, last year 4 officers died in the line of duty, which equals the amount of officers dead in this past month.

Let me be clear, I didn't know Matt Schindler.  Nor did I know the other officers who committed suicide, but their stories are just as tragic:


Suicide is a silent killer.  The department doesn't like to talk about it.  The families and friends might feel shame and so they don't speak of it, and thus it flies under the radar.  You better believe if the NYPD had lost 4 officers to someone else's gunfire in one month, you would be hearing all about it.  The only place to gather for these friends and colleagues and family in the immediate aftermath is the funeral.  However, the New York City Police Department doesn't give these fallen officer's an Inspector's Funeral, which is what you think of when you think of police funerals (Motorcycles, helicopters, honor guard)

I worked in the 28 Precinct for 5 years and in that time we didn't lose a single officer in the line of duty, however we did have an officer take his own life.  His name was Will Joynes and his death was devastating. Like many of these guys, we was quite nice and helpful to us rookies and he also seemed to be the only person who knew what a book looked like in the 28.  I remember drinking on the night we found out, and knowing that alcohol wasn't the solution, but it was a treatment that felt pretty good surrounded by friends.
As mentioned, the Job* didn't provide anything for the funeral.  So our Commanding Officer, DI Dolan, used his pull within the Emerald Society to get Aviation to send one helicopter and Highway to send a motorcycle or two.  One of our guys was in the Ceremonial Unit, so they asked guys in the unit on their own time to come and help . We even had a trumpet player from the 28, to play taps.  It was a small showing, but it was a family and quite personal.

I sent a check for $50 to a cop in the 115 for Matt Schindler's family, as they will need the funds.  I found this article when I was researching this post, which is eerily familiar.  It was from 1994, when a staggering 12 NYPD officers killed themselves. Every officer has a means to end their lives at a moment's notice.  In some cases, like P.O. Dean's, perhaps the outcome was inevitable.  But for some of these, you wonder if they had a little more time or someone to talk to, if they would rush to pick up the gun.  Every cop lives in fear of NYPD's Bureau of Psych Services, because these are the people who take your guns.  And a cop without a gun is just a person.  A gun and a badge are really all that's needed to be a lawman.  Just watch a western.
So the Job and the job exerts stresses both internally and externally on a person, which then scares them into   thinking that if they're open about their fears or thoughts, that they'll be branded a psych case and never return to active duty again.

There has to be a middle ground.  One where the NYPD acknowledges that depression is fairly common in people.  That the shift work and brutal things one can see on patrol can wreak havoc on family life and one's liver.  To accept those facts instead of insisting that it's not their fault and offer posters of numbers to call.  Calls that might lead who knows where.  If the NYPD is supposed to be a family, then the parents (Brass) are supposed to take care of their kids.  Instead, what happens are absentee parents and the siblings looking after themselves, which is incredibly helpful, but not enough.

As there is no memorial to these fallen officers, I'm happy to allow thoughts in the comments section.  Let's chase this out of the darkness.  Let's own it and the pain and heartbreak that comes with it.  Let's take care of each other.  The family of Matt Schindler and my brothers and sisters in the 115, you are in my thoughts and prayers today.

* The Job is jargon for the department. Example: The Job screwed that guy and took all his vacation time because he lost his prisoner

Posted by Hero to the Masses at 2:22 PM No comments: 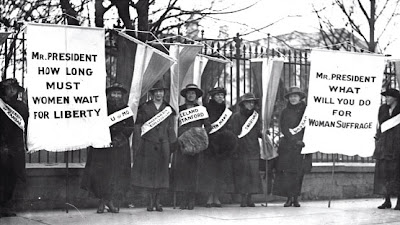 * These fine gentlemen were in ASA, and clearly have no knowledge of any booze for bribes scandal.
Posted by Hero to the Masses at 10:41 PM 1 comment:

I realized today that I change when I travel.  Let me state here, for those who are not aware, that I'm into transportation.  I could talk about the aviation industry or US high speed rail for hours and not get bored.  There is even a film about people like me who fly for no reason but to get more miles.  So I know travel, and yet it amazes me how I travel differently.  For example:
Travel questions?  Email me.  I can help you. I'm a geek like that.
Posted by Hero to the Masses at 1:52 AM No comments: