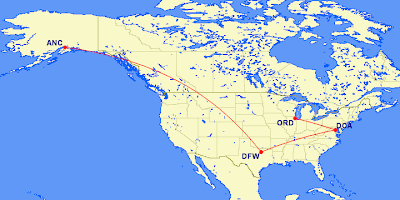 My tortellini is here.  God Bless American Airlines serving dinner on a 2 hour flight.  I hope Doug Parker doesn't screw with that if the merger goes through.  This carrot cake is delicious.
Posted by Hero to the Masses at 6:49 PM 2 comments: