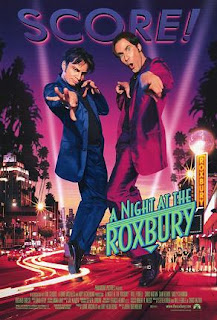 So I promised to write about why I hate clubs and one of my few fans even said she was looking forward to it, so here gors.  I went to this club in AC called Mur Mur,  Yes, it's a dumb name.  I actually had to buy shoes to go in there because I was wearing sneakers.  I tried to explain that they were casual hiking boots, but that didn't fly with the woman with lots of cleavage.  So the group of guys and I went to the store at the Bellagio, where my old partner (who felt bad I had to buy shoes) bought me a pair of Calvin Klein slippers for $100.  Actually these shoes, which Zappos is selling for $98, so it's not as terrible a deal as I thought.  However I did end up looking like some sort of Italian jabroni.  For those not Italian or from Hawaii or the Pacific Northwest, the definition for that word is here. So I go into the club and there's a sign saying that men pay $25 and women pay $20.  I ask if it matters if I'm a pre-op tranny who may look like a woman but feels like a man.  This girl gives me a look like I went to her house, punched her mother in the stomach and told her Nonnie that she couldn't cook.  I paid the $25.

And now I'm in the club and there's lots of girls wearing not a lot of clothing.  And lots of guys with enough product in their hair to straighten Weird Al's hair.  And it's dark and loud and the fog machine is on overdrive.

The guys I'm with wanted to get bottle service.  If you don't know what that is, because you're normal, it's when the club will sell you a bottle of liquor and allow you to sit at a table.  Let's say you like Grey Goose, and can buy the bottle for $40 at any store.  At a club, that bottle will run you $400, without tax and tip (which is mandatory 20%).  I should mention that they throw in the mixers for free, so they're practically giving it away.  The allureof bottle service is that you get to sit and look cool.  And many times girls will come over to drink your bottle and pretend to talk to you.  And you get to feel like a baller for one night before you go back to your job as an Asst Branch Manager for Enterprise or something.  The club wanted us to get 3 bottles which we declined.

Things I don't like:
And I don't dance.  I dance the hell out of weddings, but I don't dance in the way that's supposed to attract the opposite sex.  Which is fine because I have a lovely girlfriend.  But I fully believe in dancing like no one is watching. And when drunk, I use moves like rubbing my nipples and biting the collar of my shirt.  Very hot, I assure you.

So I spent the night drinking $9 rum and diet cokes, and standing up against a wall with my arms folded and one foot propped agaist the wall, bent at the knee. Just like old times as a cop.  I look totally unapproachable, which is okay, because I'd have to yell at the top of my lungs to talk to anyone.  So I just sit there and marvel at the show, and how people can be having so much fun.

Fatburger at 5AM made up for it though......Faaattbuuuurgeeer (Said in affect of a zombie)
Posted by Hero to the Masses at 4:06 PM

you are the definition of good friend. too funny... and although from hawaii, still appreciate the vocab lesson. :)

couldn't have said it better myself! i'd rather drink during happy hour. or better yet, in the comfort of my home. :)