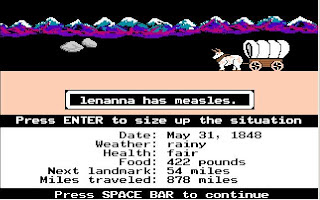 I just got back late last night (or early this morning) from my trip out to Oregon. Some friends from college rented a house for a few days in Seaside. It was great and only rained one out of the 4 days. I would like to point out that Delta sucks. They rest somewhere near telemarketers and insurance salesmen in terms of their business practices. What the hell kind of airline needs to send me to Atlanta from Oregon, just so I can connect back to Boston? They have a hub in Salt Lake City, and Cincinnati. But they chose to use neither of those. And so I returned to Logan at 1:30 this morning. The idiot making the on-board announcements asked if we had any trouble with our connections to check the flight monitors. Listen you dizzy broad, if I had a 1:30 connection out of Logan, we're both in big trouble. Sorry....rant over.

I flew a kite, had some delicious microbrews, sat by a bonfire, and generally had a fantastic time. My freshman roommate Amar was there and we were the only uncoupled people. The last night, I was sleeping on the couch and he on the loveseat. And just after the lights went out he said to me, "Well bro, did you ever think it would turn out like this? The two of us, 30, banished to the common area due to our ill fortune with the ladies?" I thought that was quite funny. Here's a photo of the sky the day we left. 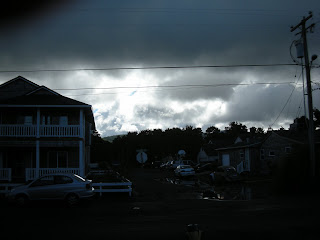 I like that photo. I'll post some of the other ones on Flickr. But that was a great trip. I'd like to go out again. Our friend, Liam, who lives out there and his wife are expecting, which is great. He's a monkey, but he'll make a great Dad.

Went out to lunch today, and hit up Wendy's. Had the Baconator. It basically made me sweat grease, but it tasted good...for a while. And then I had to go for a run to sweat out the swine. I passed by the spot that I fell and did not collapse again, so that was good.

Finally tonight, I saw Sgt. Kabukiman, NYPD. This is a film from Troma Films, which is Lloyd Kaufman's shop. His daughters went to my high school, and I got to meet him when I coordinated a film festival there. Wacky guy, but man that movie was awesome. And by awesome I mean bad. But in a good way. Let's go over the highlights:
At times the movie thought it was a little funnier than it was, but overall it was great.

Good friends, great movies, a run, and a burger with 6 strips of bacon. This my friends is why Canada will never beat us. Hose off, eh.
Posted by Hero to the Masses at 10:55 PM

I kind of like how Amar's description has been reduced to your 'freshman year roommate.' It makes it sound like he didn't get past roommate status to friend status. Probably why he's the little spoon.

If you hate Delta and you keep getting screwed by them, why do you keep using them? Maybe it's time to start looking elsewhere perhaps?

Because I didn't want to pay the money that JetBlue or American, my preferred carriers, were looking to pay.

I chose them. You're right. But I get to bitch about them too. That is also my right.

And Amar will always be my freshman year roommate.

Write Delta a letter and say you and your freshman year roomate will no longer use them as transportation. That will get their attention. And who were your Sophomore, Junior, and Senior year roomates?