So I was in my Car2Go on the way home and heard a piece on NPR's Tell Me More on New York City's Stop, Question and Frisk problem.  The host kept referring to this as an NYPD policy.  Let me be very clear about this.  This is not a policy.  It's policework and paperwork.

People getting stopped on the corners and patted down for weapons has been happening probably since humans carried anything sharp.  New York teaches a fair amount of restraint in their Academy.  For example, 911 call of a guy in a Chicken costume with a gun at 2AM.  You roll up and the only person there is in a chicken costume.  The caller is anonymous, which means you can't toss the guy.  That's the way you're taught.  I won't always say that's what happens.

But in LA, they frequently pull everyone out of cars on a traffic stop and search their pockets and car, which rarely happens in NYC.  At least we rarely did it in Harlem when I worked there.  Let me also explain the difference between a frisk, or "toss" in the vernacular, and a search.  A frisk is when you quickly check the person's waist, legs and groin area from outside the clothing, without going in the pockets.  If you feel something that could be considered a weapon, like a hard eyeglasses case, then you can check the pockets.  If you find drugs, then you're fine, because you were checking for a weapon.  If however you find drugs and all they had was tissues in their pocket, then your frisk won't  hold up.

But let's get back to this policy.  Looking for suspicious characters doing suspicious things is what police do.  They then get out of the car and toss the guys.  Nothing found, they send them on their way.  Maybe the guy runs and ends up tossing a weapon or drugs.  All good.  The technical term of Stop, Question and Frisk didn't come around until 2002 or so, with the introduction of a form called the UF-250. It's funny.  If you do a Google Image Search for this form or S,Q,F, you'll find photos of angry community members, marches and rallies and photos of people who have been stopped.  But they have no photos of this yellow rectangular form, which is the reason for this whole brouhaha.

So the job decides that it wants to know how many people they're stopping and the reason and the race of the people stopped.  Not sure whether this is for their own database or because they were required to share this information.  So what happens, cops go about their business as usual and begin to fill out these forms. Again, this is not a policy.  Just a piece of additional paperwork to document existing actions.  I'm not going to get into the issue of profiling in this post, because it's a large issue.

But if you've read my previous posts about CompStat, then you will understand, that soon these forms become a metric that is tracked, much like parking tickets or summonses for bad brakelights.  And this is where the story changes to what makes it look like a policy.  So crime is down and it starts going back up, because that's what crime does.  It's a cycle.  So one of the things that a Precinct C.O. can do to show that they're trying to combat this rise is to increase 250s.  You have armed robberies up by 15% from last year, and it looks good to say, "Yes Commissioner, but we stopped an additional 300 people over last year in looking for these suspects."

But let's explain what's going on.  The Precinct C.O., usually a Deputy Inspector or Captain is feeling the heat, and because we aren't in Minority Report, he can't predict where the next crime will happen.  So he leans on his Lieutenants who oversee each Platoon (12X8, 7X3,4X12) and they in turn lean on their three squad Sergeants.  And those bosses lean on their cops. 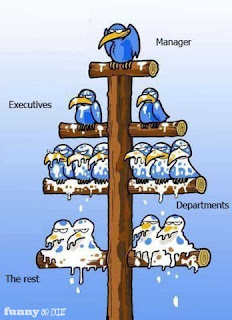 So what happens is that, the Sgt ends up telling his cops that each car needs to get 5 250s for the shift.  And so if you have 5 sector cars working, that 25 people are going to get stopped in the next 8 hours.  Some would have gotten stopped anyway, because they are criminals and not good at hiding it.  But some are just people who are walking on the street and who have a good chance of not having warrants.

Oh yeah, you need to be careful when you do this, if you're just getting numbers, that one of these guys doesn't "pop" which means he has an active warrant.  Because that can be a pain in the ass, so you don't look for the mentally ill or homeless because they totally have warrants.  So you generally find people who look clean, which sounds like it defeats the purpose right?

So this issue of Stop, Question and Frisk being a systemic cancer of racial profiling is a falsehood.  It sounds good for the cameras.  But the reality is that its a numbers game and the only people who can stop it are the Commissioner and the Mayor, when they accept that crime does go down and up.

Comments or thoughts appreciated below...

Allow me to add that most of the places where these precinct commanders are feeling this heat are in precincts where the suspects in most of the crimes spiking are African-American and Latino.  But rest assured if there was a robbery pattern on the Upper East Side by guys in suits, all kinds of I-Bankers would be getting some groin massages by New York's Finest.  Numbers are numbers.
Posted by Hero to the Masses at 3:37 PM