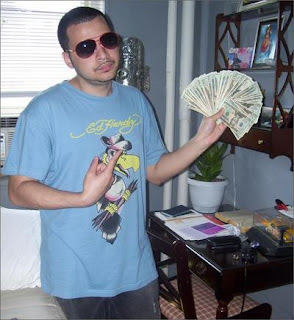 For those that have never been to Fark.com, it's basically a site that has odd news stories on the left of the page, with a funny caption, and then the comments. The comments are generally some of the funniest you will ever see. Feel free to peruse the site above, but I've linked the comments about this story here. Enjoy.
Posted by Hero to the Masses at 10:27 PM